I always looked forward to Saturday morning cartoons and singing along to each intro with my older brother. That’s what made me complete as a kid.

My mom tells me I’m lucky to live in a day with such advancement in the world, but I totally disagree, with a smile of course. I am a die hard 80’s kid. It’s because I grew up during the 80’s that I came to love sci-fi, anime and rock! Why did the 80’s rule so much? Some of my memories include He-man and his toy with the weird pelvic turning torso, watching Transformers and collecting them all. Soon enough, my brother and I were turning cardboard boxes into robot armor. Then Nintendo NES came with games like Duck hunt to Zelda, to watching G.I. Joe, Thundercats, or having, ” My buddy” backpacks, WWF and when MTV still had music videos. I loved Garbage pail kid T shirts, and it was totally rad to wear plastic/PVC Halloween costumes of your favorite cartoons. I was Rainbow Brite 3 years in a row I think. Being amidst so much awesomeness at once was always exciting. I always looked forward to Saturday morning cartoons and singing along to each intro with my older brother. That’s what made me complete as a kid.

Being born in the 80’s was the time of really being able to use your imagination. Mecha was everywhere, soft cuddly Carebears, Rainbow Brite, Strawberry Shortcake and Glow Worms. We had a lot to choose from and to watch. They were the golden years of animation in America. With the limited amount of technology during that time in comparison to the vast array of gadgets we have now, us 80’s kids seem to always have the same memories as the next 80’s kid. I find myself in a group of 80’s kids saying, “Hey remember when Ninja Gaiden came out for NES?” It was a glimpse of what anime would be like for me. the cut scenes, to the fighting, to the elaborate story line. I loved it all.

Now on to my top ten list of my favorites, in no particular order :)

Being a space western, that had bionic men who were half real and half metal, the elite team of cyborgs who were named Silverhawks were always fighting with the horrible space punk known as Mon Star who escapes from the Penal planet, and they begin to start defending the balance. Mon Star sucks, I really wanted the Silverhawks to kick his ass every time, he annoyed me. :D

You can’t forget to mention these friendly lil guys! Standing at 3 apples tall, bearing white bonnets, they lived in a distant secluded mushroom town called “Smurf Village”, far away from the wicked wizard Gargamel. I always found it weird that he wanted to turn them into gold, and then would change his mind. What a weirdo!

Jem and the Holograms!

Jerrica Benten was a normal business girl until she became the ginormously famous rock star Jem. She had those awesome hologram-projecting earrings and computer like synergy, the modern day gadget rock goddess. Jem and her band, The Holograms, came up against competition from some other bands, The Misfits and The Stingers. The thing that I liked about Jem was she always helping the runaways, and rocking out at sold out concerts. I wanted to be her so bad, and I still do! :D She’s so OUTRAGEOUS.

This goes without saying, You guys already know they were the most awesome pizza loving, cowabunga yelling, Megalomaniac fighting dudes. They were by far the biggest influence in my life in finding what I wanted in a boy crush at my age. I even brought the book to show and tell and told my class how much I loved TMNT. Anyone who was like Michelangelo was the guy for me :D Actually there was a guy for every girl, either you liked Leonardo because he was the all around leader, Donatello for his brains, or the wise talkin’ bad boy Raphael, if were into older guys Master Splinter. (ha ha) Oh yeah, and for the guys there was April. I will always love the TMNT!! 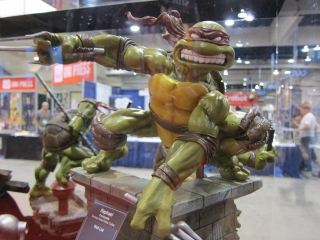 5 robots join together to form a bigger robot to KICK ASS! ‘Nuff said.

They were a team of elite soldiers assembled to kick Cobra’s ass before they try to take over the world. I always thought it was funny because they would always bomb each other and no one really got killed during battle, really impractical but highly entertaining. The stories about their lives were pretty interesting, and there was always drama happening. The thing I really wanted to see was Snake Eyes finally getting some ass kickin’ on Storm Shadow. :D 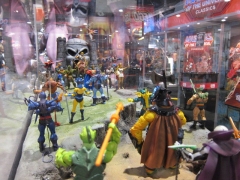 I absolutely loved He-Man because for such rad designs, they were comically lame. You would think Beast Man was as badass, but at the end of the day he was just Skeletor’s lil pussy cat. Dorko’s only use was to “accidentally help Prince Adam. And apparently there were no skilled barbers in Eternia. Poor, poor Prince Adam.

Who really cared about Lion-O? The hardcore slayer of the group was totally Panthro. If you would even try to talk nonsense to Panthro, he would slap you upside your noggin with his cat feet nunchuks before anyone had a chance to say a thing back! ” And really who could forget Cheetara, I mean that’s what I call Meeeoooww ! ^__^

Everygirl wanted to be her, have her horse Starlite and her powerful color belt :D She was the hardest working nice girl of them all and did all her duties with Star Sprinkles from her little rainbow spangled hands. She’s was just adorable, and still is!

And that’s my top ten most memorable, hope that brought you back, and if you didn’t watch these as a kid I’d highly recommend you watch these pronto! 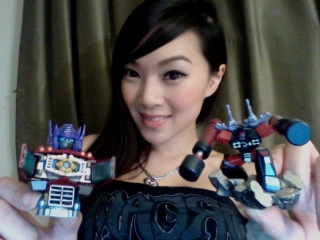