Bradley Cooper was so delish in “The Hangover,” they should really consider making his character illegal in a few states as long as California, Hawaii, New York and Nevada are spared.

I was driving to meet up with some friends when I noticed these billboards screaming “HANGOVER” at me. I’m thinking to myself “No, I’m not” and then I got a little paranoid because I thought this was some kind of omen for the day after. Not knowing what the hell was going on because I couldn’t read the finer print underneath the monster “HANGOVER” due to me driving, I remained clueless. That is, until I pulled up alongside a bus and saw what it said.

That’s when I realized it was a movie. I laughed to myself while thinking “How clever!” and promptly forgot all about it because I was lost in my own fond, mostly fuzzy memories of Vegas. Fast forward a few weeks and all I see on Twitter and CrackBook…I mean, Facebook, is all this talk about Hangover. I was like “Wow! Everybody I know got blasted! All at the same time! But why are they so happy about it and keep saying how funny it was? Don’t hangovers usually suck?”….and then I realized that they were talking about the movie I had seen on the billboards.

At first, I didn’t really have any desire to watch it because I couldn’t imagine how this could be as good and as funny as everyone said it is. Dude, it’s a bunch of guys who went on some crazy bender in Vegas.

Wow. No. Way. You don’t say. People get crazy and out of control in vegas? Nooo. *kindly notice the heavy helping of Sarcasm* 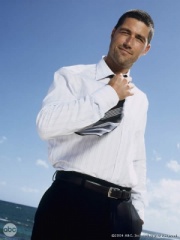 Then again, I also couldn’t see how a show about some people surviving an airplane crash could be interesting either. Ever heard of a show called “Lost”? Yeah. That one.

I didn’t watch a single episode until my sister made me sign up for Netflix and called me every day to see if I started watching it yet. I got the entire first and second season in the mail and forgot all about them until I had 4 days off in a row. Completely bored, I remembered where I had tossed them and thought “Oh, what the hell…let’s see why this show about random strange people stranded on an island in the middle of nowhere made it through 3 seasons”. I remember calling her to inform her I’m f.i.n.a.l.l.y. going to start watching this show. I thought it was kind of odd when she asked me how many days I had off in a row but I told her I had 4 days off in a row. I thought it even stranger when she started cackling and told me she’ll call me next week instead of her usual daily phone calls. I remember thinking “That was an odd phone call” as I slipped in Disc One of Season One….and proceeded to fall off the face of the planet.

I did nothing else for those 4 days besides rabidly popping in DVDs and alternating between drooling over Sawyer and Jack.

I had Pizza Hut on speed dial to deliver me food because I could not be bothered to cook. That would not only take too long but it would mean I would be separated from my beloved Jack and Sawyer.

Good Lord….stick me on a island with those two any day….

So what did I learn from the “Lost” experience? I can’t trust my first impressions of a movie or show if the plot seems too simple. After remembering those feverish “Lost” nights, I decided to watch “Hangover” partly because I wanted to know what the hell my friends were talking about and also because I was curious about just what kind of damage other people get into when they’re in Vegas. What I did not plan on was to watch “Hangover” when I was hung over. Talk about the mother of all irony. 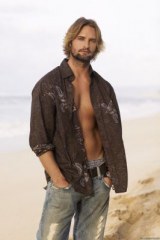 So you know when people hype something up so much which then gets YOU all hot, bothered and worked up into some kind of crazy frenzy? You then try whatever it is they’re talking about and you’re disappointed because it was nowhere near what:

A. They described/said/promised/swore on their first born’s life it would be like
B. You had imagined it to be like based upon what everyone else said

I’ll admit to being pretty apprehensive when the movie started but that feeling more or less disappeared the second Phil Wenneck started talking into that cell phone. I really really wanted to be either that cell phone….or the shirt he was wearing. Either one. I would’ve happily settled for either one. My friend would keep sneaking glances at me during the movie and at one point, she asked me if I wanted her napkin to wipe the drool off of my chin. She’s an awesome friend.

Honestly, I have never laughed so hard while watching a movie in….damn, I can’t even remember the last time. It’s been that long. And, yes, it is that funny. I left the theatre cracking up, shaking my head and wondering to myself how the hell the writers managed to come up with this story BECAUSE THEY’RE GENIUS!!! I also decided I have a new crush.

You know, I’m running around on the Intardnet looking for more photos of him to ogle but you know what I realized?

1. I haven’t seen any of his other movies (“Yes Man”, “He’s Just Not That Into You” for example)
2. He’s just alright looking. Definitely not in the same slobber level as the other men I am infatuated with. 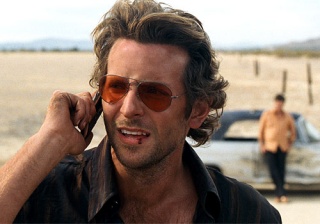 However, when he played Phil Wenneck…good God…I had to remind myself to breathe. And then I had to remember how to pull air into my lungs. He was just so yum as Phil…in fact, he was so delish as that character, they should really consider making him illegal in a few states as long as California, Hawaii, New York and Nevada are spared.

There’s something about this scruffy, cocky, jaded man that I absolutely adore. And the way he raised money for the Vegas trip? Pure GENIUS!!! Not that I support it or think it’s a good idea to raise money this way…but damn…genius of the absolutely delectable evil variety.

Oh yeah. Mike Tyson’s in it too. He was actually funny! And no, he didn’t bite anyone’s ears off.

I’d say more but that’s giving away too much of the movie if you haven’t seen it. It is so good I am more than willing to go see it again.

I thought I’d end things with one of my own stories of Vegas but decided against it because it’d be breaking the ultimate rule of Vegas. What happens in Vegas stays in Vegas indeed….at least, it does with me. Not that I have any crazy stories to tell. Nope, not me.