Maybe I found it hilarious because I’m an Asian girl. Who knows? However, after watching it obsessively a few (hundred) times, I’ve noticed a thing or two.

By now, you must have seen (or at least heard about) the viral vids taking the human population by storm. They are known as the “Sh!t Girls Say” skits. They are hilarious. Clyde the Husband keeps scratching his head and wonders out loud “I wonder when they were filming my wife” because I do pretty much every single thing detailed in Part One and Part Two.

As with all successes, there are bound to be some who are looking to hop on the gravy train. These skits have spawned loads of spoofs but the only one that I found just as funny was the one YouBentMyWookie shared a few days ago.

This is none other than “Sh!t Asian Girls Say”. Maybe I found it hilarious because I’m an Asian girl. Who knows? However, after watching it obsessively a few (hundred) times, I’ve noticed a thing or two.

I don’t have very much in common with this girl. I’m going to take it apart bit by bit.

Yes, I forget our wireless password. I forget it all the time. So does he. Haa haa haa!

To be fair, we both know it’s one of two possibilities but we can never remember which one it is. Therefore, I consider this one “Not In Common” because he can’t remember either. Yes, my logic doesn’t make sense but I don’t care.

I will say one thing about this since we’re sort of on the topic of computers and WiFi and tech stuff. Ladies, listen up. It is SO AWESOME to be married to a geek. It really is. His big brain is one of the sexier aspects about him, especially when I eavesdrop on his conversations about work stuff. Hotness. I don’t know why it’s so cute when he talks about flavors and stealing jars and all the other coding stuff that I no longer understand. 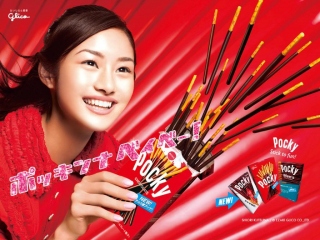 I don’t ask him to bring me water. This is because he will usually ask me if I want a glass if he’s getting one himself. I don’t ask him because he is not my Fetch Boy and I look at the chance to get my own damn water as a few seconds of exercise. Good God, if he got me something every single time, I’d be fatter than Jabba the Hut and that’s just not sexy. I do appreciate it when he offers. :) I just don’t actively ask him to get me stuff.

I also rarely ask him to finish my food. That’s because I have an imaginary tapeworm, Barney the Tapeworm, to feed. :D

I do, however, pretend the fries I’m eating have zero calories…and I do blot oil off of food. Haa haa haa! I also have wished that I could assign where my fat goes. I also eat my Pocky/shrimp chips/any chips in the same exact manner….and I also can burp louder than my husband.

I love Pocky. I love shrimp chips. I don’t like boba as much as I used to. I think it’s been years since I last had boba. I think the last time I drank it regularly was when I was bartending back in 2001-2003. That was because I had no idea how many calories were in each cup. After I found out, I cut it out of my 5th food group (also known as Food That Tastes Good But Is So Bad For You).

I’ve learned not to ask him about anything related to fashion or what he thinks I should wear. He gets this Deer-In-The-Headlights expression that is so cute and so sad at the same time because he has absolutely no idea what he should say and what the right answer is.

I’ve also never had to ask him if I’m getting fat/if he thinks I’m getting fat because he’s already told me he doesn’t care. He just wants me to be healthy. Besides. I’m too vain to let myself balloon to the point where I start thinking the Lap Band is a viable alternative. I work in a hospital as a nurse. I see what happens first hand when you don’t treat your body with respect and I’ll be damned if I do that to myself.

However, I have surveyed my well stocked walk-in closet and said with a sigh “I have nothing to wear”….but I have never asked him to take me shopping.

That’s partly because I hate shopping. I hate wading my way around crowded malls and trying on stuff a billion other girls have probably put on against their questionably clean bodies.

This is why the Victoria’s Secret catalog is my best friend. Half of my closet came straight out of those pages and they DELIVER RIGHT TO MY DOOR!! So win.

I don’t like Gucci. I don’t like Prada. I’m a h00r for other brands. ~_^ Alas, I’m not the kind of label whore who can spot fakes. I can only spot them if it’s like blatantly obvious….like “Frada” instead of “Prada” or “Bucci” instead of “Gucci”. 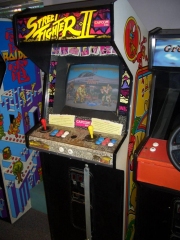 Yes, I do take photos like the ones in the picture.

No, I don’t ask random strangers to park my car. I know how to drive and I enjoy driving. I drive stick, can parallel park my OWN damn car (thank you very much) and do NOT like other people driving my car….unless you’re valet.

No, I don’t ask Clyde the Husband to open credit cards to give to me to use. He’s really good at anticipating my needs (food….food…single malt scotch…and more food) so there’s no need to ding his credit.

Yes, I used to get all crazy in my early 20’s when my doors weren’t opened or if he didn’t drive a European sports car. But not any more. I think it’s because I’m older and my priorities are different. Plus, he opens all my doors for me anyway because that’s just the way he is. Win!

No, I do not get all crazy when he plays video games till 3 in the morning. First of all, he doesn’t play them that much. Secondly, I’d want to play too. :D There is actually a photo of Clyde in his high school yearbook playing SFII at the local arcade. He used to play for hours off of one quarter. That’s hot.

Now to find some Pocky to munch on.

Bonnie N. Clyde is a writer for YouBentMyWookie.com and the alias of the Supreme Commander / Ultimate Destroyer. When she isn’t pinching her new Husband and asking why he’s being such a wuss, she writes in her blog over at MissBonnified.com