I Kissed A Girl And I Liked It, The Taste Of Her Absinthe Chapstick 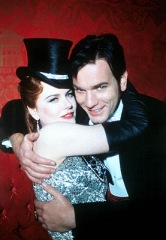 I was kissed by a Green Fairy right before she turned my mind inside out and upside down.

Moulin Rouge is one of my favorite movies. There’s tension, romance, really hot men singing cracked out remixes of songs I didn’t know I liked until I heard it and super sexy ladies wearing little more than a hope and a prayer. Did I mention the part about the Ewan McGregor being the super hot man who sings such lovely love songs? I pretend he’s singing to me and only me whenever I watch this movie. I swear I’m not delusional.

There’s one aspect of the movie that always intrigued me and her name is The Green Fairy. I first noticed her when i popped in the DVD because she’s what you see twinkling away on the menu screen. I was like “Oh hey!! It’s Tinkerbell all grown up” before I remembered that I wasn’t watching some Disney cartoon. I totally forgot about her until I saw the part where Ewan meets the rest of the crazy Bohemian crew and they’re drinking this thing called Absinthe a.k.a. The Green Fairy.

I started feeling like a horrible ex-bartender because I never really heard of this stuff. I vaguely remembered something about some green thing that turns people all crazy, something about Van Gogh cutting off his ear and then blah blah blah it was banned. When I saw that scene in Moulin Rouge, I couldn’t really see how some innocent green-ish liquid made people nuttier than a squirrel in a peanut butter factory versus someone who was marinating in tequila. I think I’m partial to The Green Fairy because while I dislike the color green, I do love me some fairies. The way those boys were acting from drinking Absinthe reminded me of all the drunktards I used to see when I was serving booze up and liquoring people down – loud, boisterous and really really drunk. 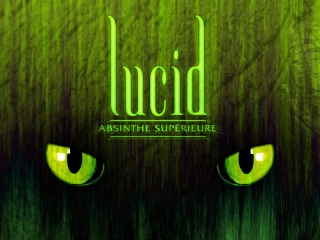 Had it not been for a random call from friends to meet up after work for happy hour at a lounge we usually go to, I would have to say my experience with this mythical liquid would’ve ended with watching it on TV. I took one look at my friend and was like “Holy good God, you look a little tore up from the floor up”. He groans, grabs his head and tells me about the night before. They had gone out to a friend’s restaurant to watch the Lakers game in which we ROMPED on the Rockets (but then we lost yesterday. Ugh. It’s okay, it’s okay. Game 7 is a home game!) and since the game was basically over by the second quarter, they started in on the celebrations which included Absinthe.

My ears perked up and I was instantly a gazillion times more interested than I was because while I’m always interested in what my friends are talking about, this was something entirely Other. I asked him to tell me about what it was like and he summed it up in one sentence.

“I felt like I done lost my mind” to which I responded with “SWEET!! I want some! ..but hey, isn’t that stuff illegal in the US”?

Luckily for me, my favorite bartender (who, by the way, is hotter beyond hot and this is before the El Liquor Goggles come on) overheard me, threw me that bedroom smile of his (Okay. Quick and totally unrelated question. Is it mandatory that all bartenders be uber ridiculously good looking? I’m beginning to think so. Whew, it is hot up in here!!) and slid over this intimidating black bottle featuring cat eyes and said, “Here you go, sugar.” Turns out it became legal again in 2007 and that slinky, black kitty bottle containing Lucid absinthe was the first one allowed back Stateside. Of course, I wanted to try it and I wanted it an hour ago.

When he poured it, I was a little disappointed because it wasn’t that crazy color green. After doing some research on it post imbibing, I learned the color varies from clear-ish to nuclear waste green. I also learned that while it got the bad rep as being a hallucinogenics, it actually doesn’t have that property but it could cause muscle spasms.

However, the amount needed for that to reach toxic levels would mean you’d more or less have to drink so much of it that you could rename Justin Timberlake’s “Cry Me A River” into “Pour Me A River”. Haa haa haa. Just kidding. Kind of.

I also learned that the reason why some people got all crazy when drinking it was because the cheaper manufacturers from back in the day would add toxic chemicals into their brew to give it a more vibrant color. So, there you go.

Note to self – stay away from all things poisonous, like strange mushrooms and toxic ex-boyfriends. 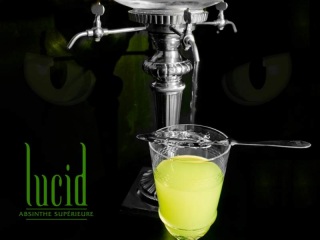 However, the effects of absinthe on the human mind in addition to the alcohol isn’t conclusive. So, from what I know, it’s still up in the air… which explains a lot of my behavior when I tried it for the first time. Oh yeah, I also learned that absinthe didn’t turn Van Gogh crazy. He was crazy to begin with. Not the fault of The Green Fairy… but it does kind of make me wonder if she didn’t kind of push his mental instability in the wrong way just a little bit.

Back to my first kiss from the Green Fairy. To be completely honest, I thought it tasted terrible. I don’t like black licorice but you know what? I kind of liked it. Or maybe I only think I did because my tongue went numb almost immediately after I swallowed followed by my fingers and then my toes. It was most bizarre… and then I had another one. My friends were cracking up because I kept saying the weirdest things they’ve ever heard me say and I say a lot of crazy things all the time. By the time I drained my second (and last) glass of Absinthe till the end of the night, my whole body was either numb or pleasantly tingly. I now know why the boys in the movie were as cracked out of their collective Bohemian gourds as they were.

I’m gonna feel like I’m part of super secret club the next time I pop in that DVD. Oh yes. I’ve been initiated into the not-so-secret-and-not-so-forbidden world of The Green Fairy. Nice! And please please PLEASE, if you ever do end up trying it or just drinking alcohol period, don’t drink and drive. This has been a public service announcement from your’s truly and sponsored by my first ever adventure into Green Fairy Land.

Bonnie N. Clyde is a writer for YouBentMyWookie.com and the alias of the Supreme Commander / Ultimate Destroyer. Not only is she a gifted storyteller and a self proclaimed dork, but is regarded among her peers as a Love Guru despite ironically being chronically single.

8 thoughts on “I Kissed A Girl And I Liked It, The Taste Of Her Absinthe Chapstick”