San Diego Comic-Con was was complete madness last year. I understand that this year will be sheer pandemonium. I say “BRING IT ON, COMIC-CON!!!” Wow, that totally rhymed. 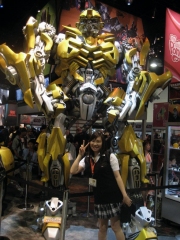 San Diego Comic-Con was was complete madness last year. I understand that this year will be sheer pandemonium. I say “BRING IT ON, COMIC-CON!!!” Wow, that totally rhymed. That’s because I’m so badassed. I am now better prepared for the onslaught of well….everything. I think.

So here’s what I learned from last year’s awesomeness :

In The Belly Of The Beast

I need to pack snacks in my bottomless bag of goodies. This is because I not only do not feel like battling everyone and their mother (literally) for super greasy hamburgers but I also realized that seating is totally limited. It’s every woman, man, Jedi, Storm Trooper and Sailor Moon freak for themselves.

And why is it that everything in the God forsaken area they call “the snack bar” is so fattening?! Don’t they understand that I have to fit into whatever the hell it is I’ve decided to dress up as that day? I can’t be chowing down on the gloriously greasy cheeseburger I really want when I had to make sure I didn’t bust out of my schoolgirl’s uniform!

That brings me to the next thing I learned. I truly believe that all members of the press should dress up when interviewing. In fact, I can’t figure out for the life of me why more of them don’t. They’re interviewing movie stars, TV stars, God knows who else during the time of year I’ve come to think of as Halloween In The Summer. I don’t understand why they don’t take full advantage of that and let their freak flags out when it’s practically sacriligous if they don’t. Besides. It totally works in your favor when interviewing I am living proof of why this is makes stupendous wisdom. Let me explain.

When I was crammed into a room full of press people vying for the chance to ask Tim Burton a question or two, I noticed that there were only two people dressed up. Yours truly and Captain America. Everyone else came as themselves. Ho hum BORING!!!

Once his handler opened the floor to questions, hands flew up fast and furious. We were all at the mercy of his benevolence and we all secretly hoped that he would pick us so that we could ask Tim (he and I are on a first name basis now. He just doesn’t know mine but that’s okay) some questions. Guess who got to ask him questions?

You guessed it. Captain America and myself. I was dressed up as a Japanese schoolgirl complete with slouchy knee high socks, book bag and super short ass skirt. I’m not kidding about the ass part but I’ll address that in the next section.

You know why we got picked to ask our questions? Because we stood out. He’s a super hero and I looked like I ditched grade school in Asia.

Jumping up and down probably worked too but that probably wasn’t the best idea I’ve ever had.

On the days I was channeling Sayuri from “Memoirs Of A Geisha”, the cast from Fringe kept looking at me. If I could’ve gotten a word in, I would’ve jumped the opportunity to tell them I’m a fan ask them about the show. John Noble (the man who plays Walter) smiled and said something to me. I wish I hadn’t been in fangirl mode because I wasted a chance to ask him a question! Instead, all I did was turn pink and giggle. I’m a professional.

When I was deciding what to wear at Comic Con, I had enough foresight to plan the outfits around comfortable shoes. I was given plenty of warning from the boys of YouBentMyWookie that I would be running around like crazy. I bought a schoolgirl set and two summer kimonos since they’re super comfortable AND the shoes are comfy too!

So here’s what I didn’t plan on happening.

– I didn’t think about the lack of seating especially when waiting for the interviews to start.

– This means my buttcheeks were in eminent danger of saying “hello” to the world. A lot.

– I increased my skill in the forgotten art of kneeling in lieu of sitting. This was to prevent myself from flashing everyone around me when trying to get up and/or sit down. Jeezus.

– I also realized I couldn’t bend over to pick anything up if I dropped it. This is because my freakish height + my abnormally long legs = barely enough skirt fabric to cover my derriere in a decent manner.

Memoirs Of A Modern Day Geisha

– I can’t freaking walk!!! The proper way to strap and tie myself in those glorious yards of fabric also means I severely restrict how I walk.

– I now know why Japanese girls take such tiny steps when wearing a kimono. It’s because you’re almost practically a mummy.

– As cute as I looked, I could not run for the life of me to all the press rooms. It didn’t help when I was on one side of the convention hall and the next room I had to be was on the opposite end. This posed a huge problem on my new way of walking.

– Never pick a costume that has no buttons, no ties, no other visible and possible ways of securing it besides a super wide swatch of stiff cloth known as an Obi that takes a Jedi master to tie properly. This is because I was in constant danger of coming undone. Luckily, I had safety pins and pinned myself together the second day I wore a yukata. I mastered tying the Obi. I so rock. 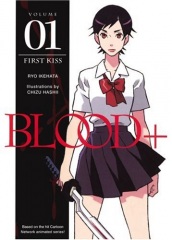 I thought about going as a Na’vi but decided against painting myself Smurfy blue. Going more or less completely nekkid also has something to do with me deciding against this epic idea. Despite the perils of going semi-commando, I’m expecting a lot of Na’vi.

I haven’t fully commited to anything in particular but a friend brought up a pretty good idea. He thinks I should go as Saya from Blood+ because I could not only recycle my schoolgirl uniform but I get to haul around a really big sword.

I’ve decided I need a booty guard this year. That would be GREAT because he can also double as my guide when hauling my ass around to wherever it is I’m trying to go. That would be awesome. Comic-Con, please take note of my request. Thank you.

Bonnie N. Clyde is a writer for YouBentMyWookie.com and the alias of the Supreme Commander / Ultimate Destroyer. When she isn’t geeking out over Comic-Con and 10′ tall Autobots she writes in her blog over at MissBonnified.com.