The Truth Is Out There: I Have The Weirdest Dreams

My dreams have taken on Hollywood-like proportions. Maybe this is because my day-to-day life has been pretty vanilla as of late and this is my subconscious’s way of spicing things up.

My dreams have taken on Hollywood-like proportions. Maybe this is because my day-to-day life has been pretty vanilla as of late and this is my subconscious’s way of spicing things up. I have no idea. I just know I feel like I put in a full month’s worth of work every time I wake up now.

Case in point, the dreams from the last two nights.

I went to sleep April 10 after a day of hanging out with my family. I didn’t do anything crazy besides eating a piece of pizza and two drumsticks from KFC. That night, I had the following dream : 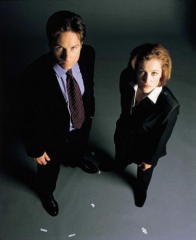 I’m not kidding. I was a FBI agent working a case with my partner. I found myself in the bowels of some dank and dusty basement shifting through mountains of paperwork. I think I was in a hospital because I was holding something’s medical chart.

I say “something” because the photos attached to said chart weren’t exactly human. Calling it “humanoid” is being polite when, in my dream’s reality, it was definitely less “humanoid” and more like “super ugly mother f***er”.

We were on to something big. Apparently, my partner and I were investigating claims of people leaving the hospital and feeling “not quite right”. A popular complaint was feeling a sense of Other in their minds but that wasn’t the scariest part. What frightened these people the most was the sense of no longer being the dominant force in their bodies. They all reported feeling more and more like a passenger on a ride they didn’t want to be on and weren’t in control of…and no one knew how or where the ride would end.

A lot of these people went back to the hospital to get checked up but they never left. There were patients who began to suspect the hospital and did not go back for their check ups. These patients were also never heard from again. Their friends and families all deny knowing the patients. They showed me family photos in which each patient was noticeably missing in every single one of them. It reminded me of “Men In Black” when Will Smith would flash that memory eraser pen light thingy at people and they’d be susceptible to whatever you wanted to reprogram them into believing.

And that’s how I found myself drop kicking rats in the basement as I read my way through endless streams of medical records.

I had convinced my disbelieving partner something shady was going on in the hospital because that’s the only thing in common these people had. They were also all organ donors. We had decided to focus our search there so we flashed our spiffy FBI badges at the pretty nurses, said something about needing to check out the air ducts because it was a matter of national security (I have no idea if FBI agents do things that deal with national security. It just sounded good to me in a very official way), somehow got “lost” and ended up at our target – the basement aka Where Medical Records Go To Die. 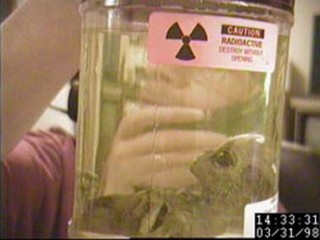 After hours of intense searching, reading and sneezing, I finally hit the motherload. My medical training kicked in and I realized what was going on. I read progress note after doctor’s progress notes about the radical treatments they were doing on terminal patients who were registered organ donors. They were promised monetary compensation from some crazy huge biopharm company for their time and the newest cutting edge treatments to help with their medical problems.

Instead, here’s what I found out was really going down. The biopharm giants had gotten their hands on alien DNA and they wanted to see what would happen if they combined it with human DNA and introduced the hybrid back into the human donor. The idea was to engineer new, stronger, better vaccines and medications to combat the superbugs that are now resistant to the strongest medications in our arsenals. The alien/human hybrid DNA would act like extremely lethal snipers that would selectively take out only the germs, viruses, bacteria that mutated beyond our current ability to fight them. The ultimate goal, and the holy grail, would be to perfect the technology and use them to eradicate cancer, HIV and AIDS.

Tell me this isn’t crazy stuff. The implications of what they were doing to these people horrified me but I could see why they thought it was a good idea. Still….I couldn’t let them get away with it because these poor people did not sign up for this.

I turned to tell my partner what I had discovered and found his gun in my face.

….Because I woke up.

DAMMIT!!!! Now I’ll never know what happened to those poor people, the biopharm companies and my crooked partner. But that’s not even the craziest part. I had that dream when I went to bed on April 10th, 2011. I woke up the next day, April 11, 2011 and found out from YouBentMyWookie that the FBI officially released info from the Roswell Event in 1950.

I swear. I did not read about that first and then concoct this “dream”. I had this dream first and THEN read about it. Crazy, huh?

So what did I dream about last night? I was Sailor Ultimate Destruction complete with the pedophile’s dream outfit – Super Sailor Ho / Catholic School Jail Bait. In other words, I was wearing my 8th grade school uniform during the year I went to Sacred Sluts (that’s the nickname of the Catholic school I went to that year. I wish I was kidding). Instead of having “Moon Prism Power”, I had something called “Super Love Blast”. I have no idea what that means. I also saved a bunch of dumb asses determined to camp out on a snow capped mountain despite repeated warnings of an impending avalanche.

They all survived because I am an excellent Sailor of Ultimate Destruction. * flex muscles *

Bonnie N. Clyde is a writer for YouBentMyWookie.com and the alias of the Supreme Commander / Ultimate Destroyer. When she isn’t dreaming about being a Super Cop or a Super Sailor Ho, she writes in her blog over at MissBonnified.com