Check out some great new images of 8 characters from the newest GI Joe Movie.

Over the course of the day, Paramount debuted eight character posters for the upcoming sequel, G.I. Joe: Retaliation throughout the day. Each hour, another site posted a new poster. We figured that we’d just wait until we could get them all to you in one big post. The characters included are: Dwayne Johnson (Roadblock), Adrianne Palicki (Lady Jaye), Channing Tatum (Duke), Ray Park (Snake Eyes), Byung-hun Lee (Storm Shadow), Elodie Yung (Jynx) and Faran Tahir (CObra Commander). The film opens June 29th. 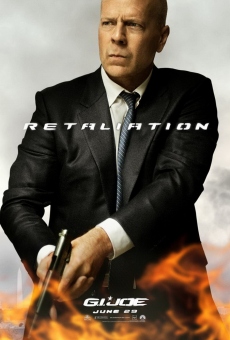 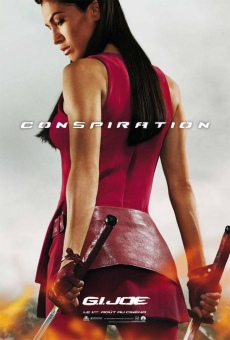 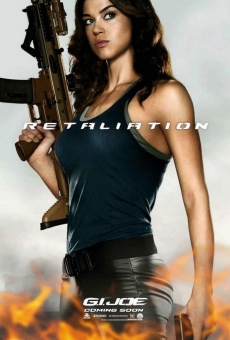 A follow-up to the 2009 release of G.I. JOE: THE RISE OF COBRA, which grossed over $300M worldwide, Paramount Pictures, MGM and Skydance Productions, in association with HASBRO and di Bonaventura Pictures, commences production on G.I. JOE: RETALIATION. In this sequel, the G.I. Joes are not only fighting their mortal enemy Cobra; they are forced to contend with threats from within the government that jeopardize their very existence. The film stars D.J. Cotrona, Byung-hun Lee, Ray Park, Adrianne Palicki, Jonathan Pryce, RZA, Ray Stevenson, Channing Tatum with Bruce Willis and Dwayne Johnson. Directed by Jon M. Chu, and produced by Lorenzo di Bonaventura and Brian Goldner, from a screenplay by Rhett Reese & Paul Wernick based on Hasbro’s G.I. Joe(R) characters, the film is scheduled to be released on June 29,2012.<>/i