Get your first good look at a young Hannibal Lecter from the upcoming NBC series.

EW has released 8 pictures from the upcoming NBC series, Hannibal, which traces the evolution of Hannibal Lecter into a people eating serial killer. The show stars Mads Mikkelsen in the title role. The show was developed by Bryan Fuller, the brain behind shows like Pushing Daisies, Dead Like Me, and Wonderfalls. 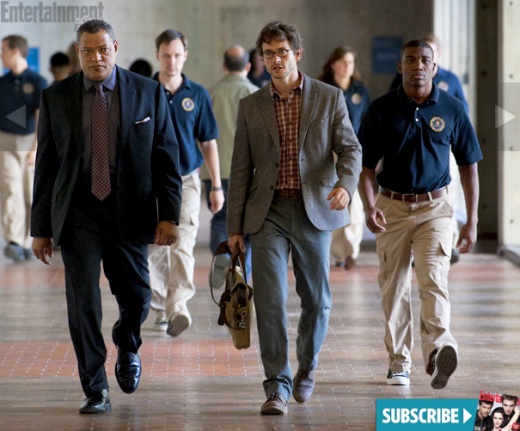 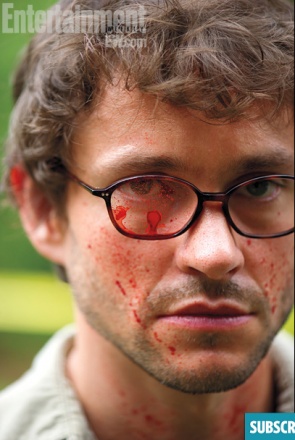 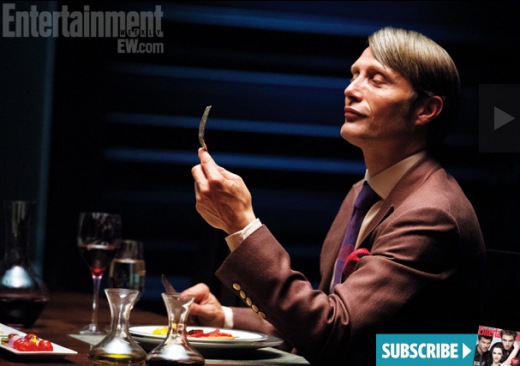 Official Show Synopsis:
One of the most fascinating literary characters comes to life on television for the first time: psychiatrist-turned-serial killer, Dr. Hannibal Lecter. In this new drama from Bryan Fuller (“Pushing Daisies,” “Heroes”), based on the characters from Thomas Harris’ classic novels, we see where this incredible story began.

Will Graham is a gifted criminal profiler who is on the hunt for a serial killer with the FBI. Graham’s unique way of thinking gives him the astonishing ability to empathize with anyone – even psychopaths. He seems to know what makes them tick. But when the mind of the twisted killer he’s pursuing is too complicated for even Will to comprehend, he enlists the help of Dr. Lecter, one of the premier psychiatric minds in the country. Armed with the uncanny expertise of the brilliant doctor, Will and Hannibal (known as a serial killer only to the audience) form a brilliant partnership and it seems there’s no villain they can’t catch. If Will only knew…