Absence of Will Smith’s Character in Independence Day: Resurgence Explained

If you were wondering what the real reason was that Will Smith won’t be in Independence Day: Resurgence, watching the trailer pretty much answers the question. However, they still have to explain his absence in the actual movie. For that, you can now turn to the film’s viral site, Warof1996.com.

On the site, you can see the lame way they managed to do away with Smith’s character.

While test piloting the ESD’s first alien hybrid fighter, an unknown malfunction causes the untimely death of Col. Hiller. Hiller’s valor in the War of ’96 made him a beloved global icon whose selfless assault against the alien mothership lead directly to the enemy’s defeat. He is survived by his wife Jasmine and son Dylan.”

I guess that works… 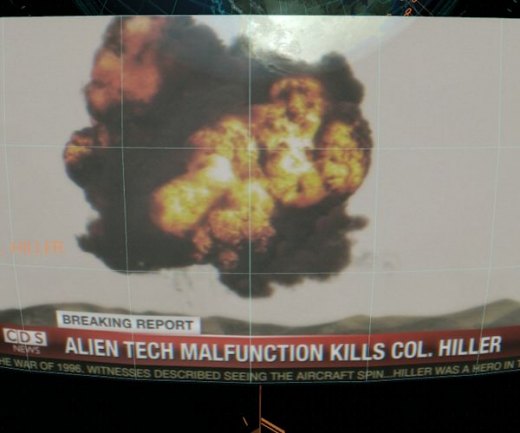