A new set photo leaked out from Iron Man 3 late yesterday and it had three big letters on it that are making a lot of Marvel fans pretty happy. Those letters? A.I.M. Which, as any Marvel reader knows stands for Advanced Idea Mechanics. They are the science terror group led by MODOK who have been causing havoc in the Marvel Universe and especially for Tony Stark for decades.

What does this mean for the storyline of Iron Man 3? We haven’t a freakin clue. We doubt that MODOK will be in the movie… as he is too stupid looking. Let’s face it, he’s the Humpty Dumpty of baddies.

Mandarin, Iron patriot, Extremis, A.I.M.!?!?! Just how much are they trying to fit into this movie? I guess we’ll find out when it gets released on May 3rd, 2013 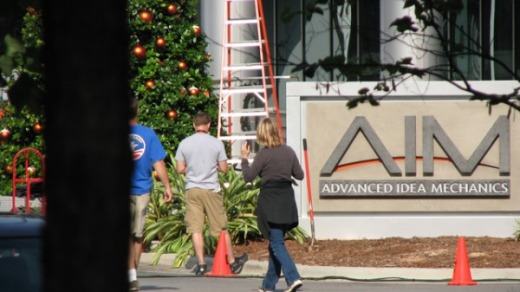