‘Ant-Man and The Wasp’: Some Fans Angry, Because… Penis?

If everything looks like a penis to you, perhaps that is just an internal issue that you are projecting outwards. OK, now back to the rest of the post.

A couple days ago, an image of Paul Rudd and Evangeline Lilly in full Ant-Man And Wasp costumes popped up online and it’s got some people upset. What could possibly be so upsetting about two heroes in full bodied costumes? Are they too tight? Is The Wasp’s costume too curvy around the breasts? Nope. Apparently some people think that there’s a giant penis on her costume.

**I want to stop and take a moment and say that if everything looks like a penis to you, perhaps that is just an internal issue that you are projecting outwards. OK, now back to the rest of the post.

No, seriously, there are people making noise online because they think it’s shameful that Disney would allow sexual imagery on one of their few female heroes. Of course, if you don’t have dicks on the brain, it also looks a lot like a wasp’s face, but what do I know.

It’ll be interesting to see how mainstream media reacts to this story. On one side, it really is just a funny little group of idiots who don’t feel like they have meaning in their lives if they aren’t being given the chance to complain about something, but on the other side, News organizations really do love to talk about big companies and dicks. 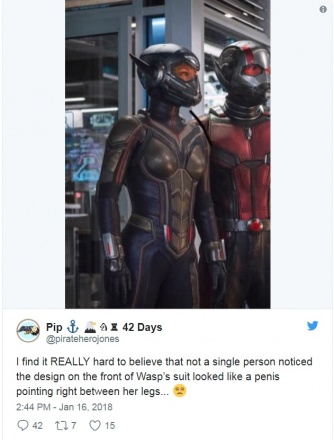 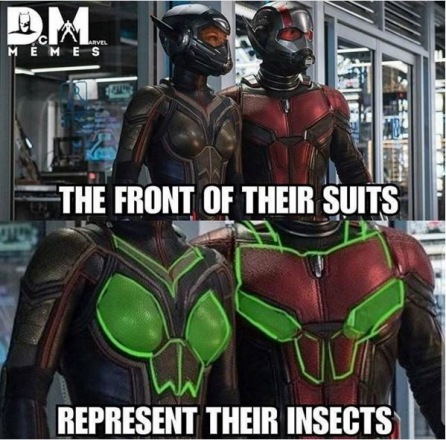 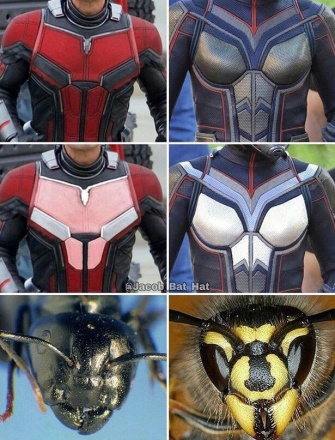