We know that the trailer for WB’s Aquaman was just screened to thunderous applause in Europe this week, but until now, there had been no word on when it would be getting a wide release for the rest of us. Today, Warner Bros has announced that the trailer will be hitting the net just a few minutes after fans see it in Hall H at San Diego Comic-Con on Saturday, July 21st.

To help fans get excited, they’ve also released an updated logo for the film that definitely gives the film a much lighter feeling. That’s not to say that the film won’t have plenty of gritty action, just that the new logo is about as non-Zack Snyder as you can get… and that was probably on purpose. 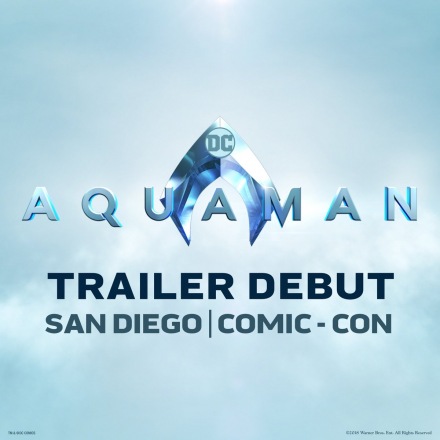