‘Lost Planet 2’ was a huge appointment. Let’s just hope that the new game can redeem the franchise! 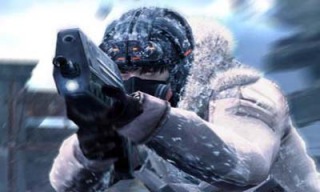 The first ‘Lost Planet’ was a fun ride with insane bosses and, of course, harsh weather conditions. While the story was honestly forgettable the action was intense and almost every single boss filled up the screen and then some… None of them were an easy task to take out.

Capcom’s follow up was such a disappointment, it added co-op to the main story which sounded like a great idea and even the demo was pretty damn fun but, it just failed on a lot of levels and felt, in many ways to be a dead series.

NOW! Capcom has announced and given some insight into the third installment of the ‘Lost Planet’ series. And I’ll let them take it away:

‘The extreme and unpredictable conditions that characterized the Lost Planet® series return, harsher than ever before in ‘Lost Planet 3’. Players take on the role of Jim, a utility rig pilot who has left Earth to take on a hazardous but lucrative contract on E.D.N. III. Delivering a diverse range of gameplay, including third-person on-foot battles and intense first-person utility rig action, players will need to brave the uncharted terrain, hostile climate and threat of indigenous Akrid creatures. With a number of multiplayer modes and a compelling single player experience, ‘Lost Planet 3’ will delve deeper into the Lost Planet universe, uncovering hidden truths when it releases in early 2013.”

I’ll admit I’m intrigued and I hope they fix the mess that was ‘Lost Planet 2” and give us something fun as hell as we battle giant bugs on an ice planet!

Along with the announcement, they’ve also dropped a sweet little launch trailer, Check it out: