You will now get to exterminate the infected all you want during the Halloween season. 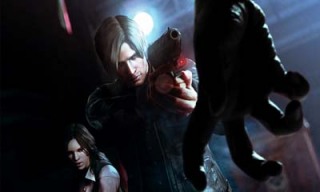 You will now get to exterminate the infected all you want during the Halloween season.

The release date for ‘Resident Evil 6’ has gotten a push from November 20th to October 2nd. This came out at Capcoms annual Captivate showcase

It’s said that due to fan reaction for the trailer that dropped in January they spoke to the RE team and decided to bump up the release. This is an interesting move because it means RE6 will drop before other heavy hitters this year such as, Bio Shock Infinite and Assassin’s Creed 3. This basically means any gamer worth anything will be bouncing around the world with old faves Leon S. Kennedy and Chris Redfield while getting to know Weskers son Jake Muller.

I’m pretty pumped about this because it means I’ll get to rampage the crazy infected hordes of the RE universes DURING the Halloween season! That gets me all squishy inside.

Check out the new trailer for Resident Evil 6 that Capcom just released today: