In August 2013, Red 2 will be hitting theaters, but the cast has just gotten a little bigger and a lot more powerful. Summit has now announced that Catherine Zeta-Jones and Byung-Hun Lee will be joining Bruce Willis and The rest of the gang.

This time out, Dean Parisot will be directing, but he’ll be doing it from a script by Erich and Jon Hoeber, who also scripted the first film. As you probably already know the film is based off a comic book by the same name that was created by Warren Ellis and Cully Hammer.

in the meantime, you can see Catherine Zeta-Jones this summer in Rock of Ages and Byung-Hun Lee as he reprises the role of Stormshadow in G.I. Joe: Retaliation.

Lorenzo DiBonaventura and Mark Vahradian will produce the film via their DiBonaventura Pictures banner. Feig will oversee the project for the studio along with Summit Entertainment’s Senior Vice President of Production, Geoff Shaevitz. 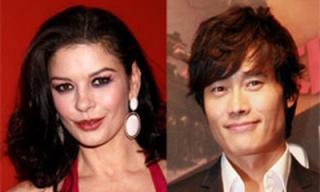