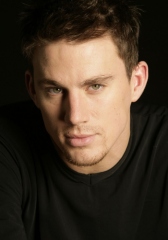 Tatum who’s staring in April’s “Fighting,” July’s “Public Enemies” and August’s “G.I. Joe: The Rise of Cobra,” admitted that Gambit has always been his favorite superhero and the one he felt most connected to.

“Man, I was dying to play [Gambit],” Tatum told MTV News. “My dad’s from Louisiana and I think I’ve always just gravitated towards Gambit in general. He’s just cooler than anything to me.”

While Tatum missed out to play the mutant theft in “Wolverine,” which ultimately went to Taylor Kitsch, he was all-but cast to play Remy LeBeau in Brett Rather’s “X-Men: The Last Stand.” The character, however, ended up on the cutting room floors prior to filming.

“They didn’t end up putting his character in because he’s such a big character that they were waiting…” says Tatum.