Charlie Cox on The Dark Tone of Netflix’s DAREDEVIL Series

“We’re trying to make a show that’s new and much, much darker than anything I’ve ever seen Marvel do before.”

Charlie Cox, the guy who Marvel cast to play Matt Murdock/ Daredevil in their new Netflix series just sat down with Heatvision to talk about the role and the upcoming show. What he wants fans to know is that the tone of the show is going to be darker than most people are probably expecting.

On some of his prep for the role and the tone of the show:
“I’ve read comics after comics after comics — I’ve never read so many comics in my life, and we’re finding moments from the comics to reference in the show. We’re trying to make a show that’s new and much, much darker than anything I’ve ever seen Marvel do before.”

When asked what exactly makes the show and the character so dark, this is what he had to say:
“The concept that he can’t stop. He’s going out and he’s taking the law into his own hands, and he doesn’t know if he can stop. He might be addicted to it.”

I’ve never really had that vibe about Daredevil. Batman maybe, but not Daredevil. 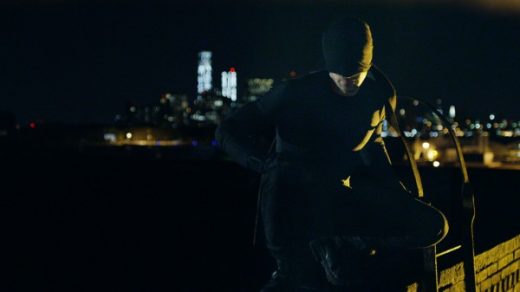