Disney and Jerry Bruckheimer To Long-Standing Film Deal In 2014

The deal has be the spawning ground for some amazing franchises and movies like Pirates of the Caribbean and The National Treasure movies. Sadly, it also created The Lone Ranger.

The deal has be the spawning ground for some amazing franchises and movies like Pirates of the Caribbean and The National Treasure movies. Sadly, it also created The Lone Ranger.

Check out the full release below. 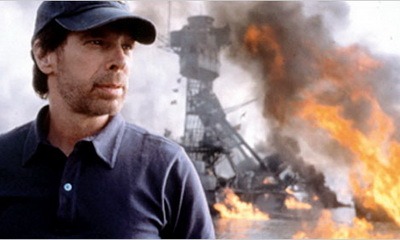 The Walt Disney Studios and Jerry Bruckheimer have decided not to renew their first-look deal when it expires next year. Disney will continue to focus on its branded properties including Disney, Pixar, Marvel and now Lucasfilm, while Bruckheimer is looking to produce more mature films outside the scope of the Disney brand. Disney and Bruckheimer will continue working together on various projects including the fifth installment of Pirates of the Caribbean.

Together Disney and Jerry Bruckheimer have produced such blockbuster hits as the Pirates of the Caribbean and National Treasure films under the Disney brand as well as adult action dramas like Pearl Harbor, Armageddon,Con Air, and The Rock through the Touchstone label.

“Jerry is one of the most respected and prolific producers working in the motion picture industry, and we have had an incredibly successful collaboration over the past two decades and he is a friend to many of us here at Disney,” said Alan Horn, Chairman, The Walt Disney Studios. “We will continue to work together in the future, and we look forward to seeing more of the films that have made Jerry Bruckheimer a Hollywood legend.”

“I am very appreciative of the wonderful collaboration and support I have had at The Walt Disney Company for over twenty years and the twenty-seven movies we have made together. The good news is we will continue working together on Pirates of the Caribbean, National Treasure and other projects we have developed together at the studio,” said Jerry Bruckheimer. “I am thankful to have had the opportunity to work with these amazing people at The Walt Disney Studios, many of whom have become my good friends. As we continue to make adventure films, we look forward to returning to films like Black Hawk Down, Enemy of the State, Beverly Hills Cop, and The Rock.”