In just one day less than two years, you’ll have a chance to see the next Captain America movie!

The Avengers isn’t even out and we’re already talking about the next movies for all of the heroes in the film. We’ve already talked a lot about Iron Man 3, which starts filming in a couple months. Now it is time for Captain America to get his second shot at a solo adventure.

Chris Evans will be returning as Steve Rogers in a film that takes place right after the course of events in The Avengers and we now know that the film is set for an April 4, 2014 release.

All we really know about the film right now is the logline, which is this: 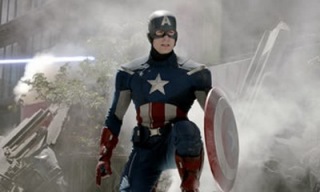 The second installment will pick-up where the highly anticipated Marvel’s The Avengers (May 4, 2012) leaves off, as Steve Rogers continues his affiliation with Nick Fury and S.H.I.E.L.D and struggles to embrace his role in the modern world.

Until today, Marvel had referred to this film as Untitled Marvel 1 in their roster. Now that we know that it is Captain America 2, we are still wondering what Untitled Marvel 2 is. Will it be a Ruffalo based hulk Movie? Maybe a Hawkeye film? Hopefully we’ll find out soon.