Today, Disney made fans happy after some very stupid rumors about them possibly casting someone who wasn’t Asian for the role of Mulan.

There’s no stopping the train of live action Disney remakes and Mulan is one of the next ones up on the block. Today, Disney made fans happy after some very stupid rumors about them possibly casting someone who wasn’t Asian for the role of Mulan. Today’s announcement has Chinese actress Liu Yifei taking on the role of the princess who pretends to be a man so she can fight. Some of her recent films include: Once Upon a Time (the movie, not the Disney show), ‘The Forbidden Kingdom’, and ‘The Assassins’.

There is no news on who else will be joining her in the film and what they’ll be doing with the role of Mushu. One very interesting prospect about the film is that we could be looking at the first major Disney production with a completely Asian cast. It would make sense, given that the upcoming Aladdin remake has an almost entirely middle-eastern cast (save for Will Smith as Genie and a couple of other minor roles).

Mulan is slated for release sometime in 2019. 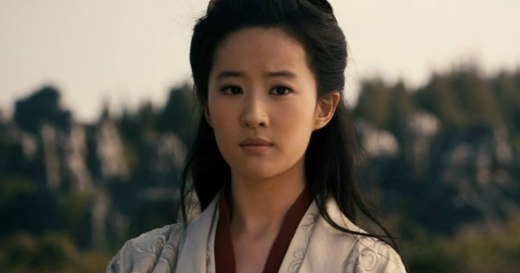