We are finally getting our first look at a clip from The Avengers and it is pretty great!

We are finally getting our first look at a clip from The Avengers and it is pretty great! The clip features Scarlett Johansson as the Black Widow as she shows why she deserves a spot on the team even without powers. There’s also reference in the clip to “Barton Being Compromised”, which falls in line with some spoilers that we had heard earlier on.

The Avengers opens May 4th. 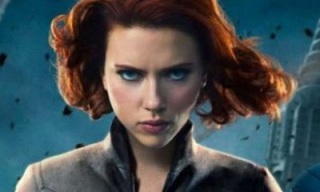