Will this one be called dumbest and dumbester?

Will this one be called dumbest and dumbester?

Peter Farrelly of the Farrelly Brothers has just confirmed that both Jim Carrey and Jeff Daniels will be returning to the roles of Lloyd and Harry for another Dumb and Dumber movie.

Filming is set to begin this September and they are expected a lot of fan support. After all, the first film did bring in just under $250 million dollars. 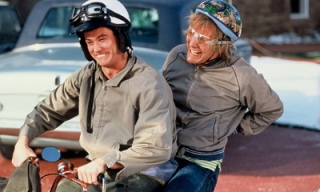