“Voltron” is based a 1980’s animated TV series about a team of five young pilots commanding five robot lions, which could be combined to form Voltron.

There’s been talk over a live-action Voltron for quite some time, but it’s one of those films currently teetering between development hell and “never gonna happen.” But thanks to Joblo, we now have some interesting concept art for the film.

Atlas Entertainment is currently developing the project and the images below are part of their pitch. According to Joblo they’ve hired screenwriters Thomas Donnelly and Joshua Oppenheimer to pen the script. They are the same duo who penned the upcoming “Conan” movie.

“Voltron” is based on the popular 1980’s animated TV/anime series about a team of five young pilots commanding five robot lions, which could be combined to form the mighty Voltron, defender of the universe. Or more specifically, their home planet Arus. From the looks of the concept art however, it seems as if Voltron is located on earth, which is kind of stupid.

Check out the concept art below and let us know what you think. Are you excited for a live-action “Voltron” movie? What about a Vehicle Voltron movie? 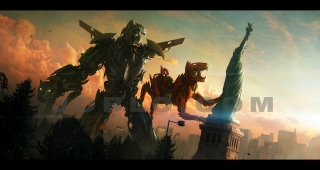 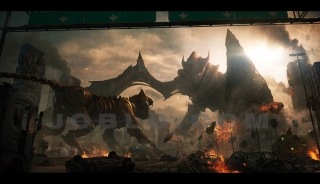 One thought on “First Look At Live-Action ‘Voltron: Defenders Of The Universe’ Concept Art”