First Look At Magneto With Helmet And Xavier From ‘X-Men: First Class’

Here’s your first look of Michael Fassbender in costume as Magneto with his helmet. 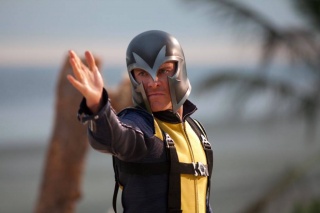 Had enough of “X-Men: First Class?” well, you’re about to get more. Today two brand new high resolution images from the Matthew Vaughn-directed film have been released and one of them gives us our first look of Michael Fassbender in costume as Magneto with his helmet. The other is of James McAvoy as Professor Charles Xavier with hair sans wheelchair.

The images come from /Film who also received a few interesting statements from Vaughn regarding the initial leaked image that found its way online earlier this week:

I freaked out on them yesterday. I don’t know where the hell that came from. I don’t think it’s a Fox image. It’s not a pre-approved image. When I found out, I said, what the fuck is this shit, and Fox is running around trying to figure out what happened as well. I agree. It’s like a bad photoshop, which maybe it was by someone. It didn’t reflect the movie. I was shocked when I saw it. I was like ‘Jesus Christ’…

This is an interesting development, but no matter how much Vaughn’s trying to cover it up, we’re pretty sure it’s legit, bad photoshop or not. Those are how the cast will appear in the film and we’re certain that they’d look much better on screen.

I’m a fan of X-Men. We’re not bastardizing X-Men, I’m trying to get them back to being whole again,” Vaughn says.

“The costumes are blue and yellow as well, because fuck it, lets take it back it the original. Also, by the way, those costumes are hardly in the movie. The main costumes are like these cool 60’s James Bond…” 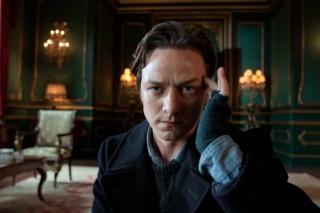