“Absolute Justice” was originally set to air over two weeks until The CW decided to air it as a two hour long movie Friday, February 5th, 2010.

Check out the teaser promo below and the two new images featuring Hawkman, Green Arrow, Dr. Fate, and Stargirl: 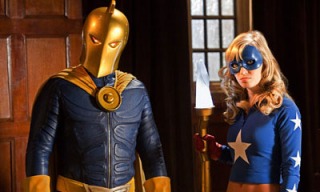