Back in August we were teased about “Justice League: Crisis On Two Earths,” now we finally have our first look… and OMG Owlman and the JLA! 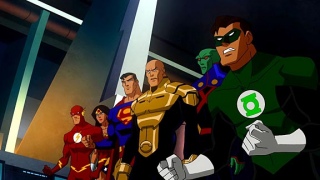 Warner Bros originally teased at their upcoming DC Comics animated feature “Justice League: Crisis On Two Earths” back in august. Now we finally have our first peak their latest feature that has comic nerds buzzing with excitement.

“Written by Justice League alumni Dwayne McDuffie and Bruce Timm serving as executive producer, the feature borrows themes from DC’s “Crisis On Infinite Earths” and Grant Morrison’s “JLA: Earth 2” storylines with a heroic version of Lex Luthor traveling from a parallel Earth to enlist the aid of the Justice League in thwarting their evil counterparts, The Crime Syndicate. Owlman stands out as the most notable foe, apparently putting “the balance of all existence in peril” according to Warner Bros.”

A tentative release date for “Justice League: Crisis On Two Earths” is set in Spring 2010. 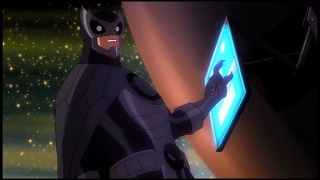