Check out the first image of Johnny Depp and Armie Hammer as The Lone Ranger And Tonto after the jump. Is it just us or is Tonto’s look really over the top?

Earlier today, Jerry Bruckheimer tweeted this image of Johnny Depp as Tonto and Armie Hammer as The Lone Ranger from the new Disney Reboot of the film that is being directed by Gore Verbinski. The movie is currently in the middle of filming and is looking at May, 2013 release date.

I guess that maybe I just have a little trouble with change, but I’m not digging this so far. The lone ranger doesn’t look bad… though he does look a little more like the main guy from “Wild, Wild, West” than Lone Ranger, but Tonto just feels really over the top to me.

Here is the classic image of The Lone Ranger: 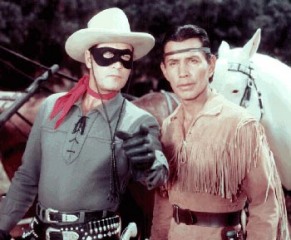 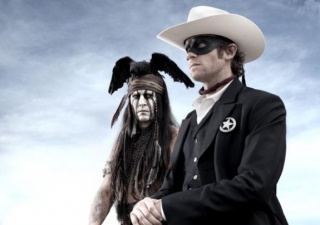