Want to watch Robert Pattinson have sex in a car and shoot himself in the hand? You have come to the right place!

We all know Robert Pattinson as the sparkly Twilight Vampire that we wish would end up on the pointy end of one of Buffy Summers’ stakes. Now that his Twilight years are drawing to a close, he is branching out into other films like Cosmopolis, directed by David Cronenberg. I’m not entirely sure what the film is about, but he shoots himself in the hand and has a lot of sex. 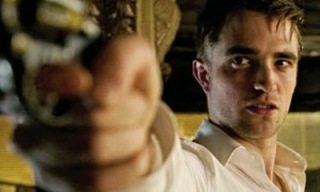