Affleck is back behind the camera for the amazing true story of the fake sci fi film that helped free Americans trapped in Iran.

Ben Affleck’s own movie career has seen its ups and downs, but he seems to shine when he’s working for the only director who can seemingly control him, himself. After creating an insanely great film with The Town, Affleck is back to tell the true story of a CIA agent with a scheme to rescue a team of American workers trapped in Iran that is so hair-brained that it actually worked.

The scheme? he poses as a film producer making a sci-fi film called “Argo” and he flies to Iran to retrieve his “crew”. The entire thing went down during the Iranian revolution in 1979. Joining him on the adventure are Bryan Cranston, John Goodman, Kyle Chandler, Kerry Bishe, and Alan Arkin.

Official Synopsis:
Based on true events, “Argo” chronicles the life-or-death covert operation to rescue six Americans, which unfolded behind the scenes of the Iran hostage crisis—the truth of which was unknown by the public for decades. On November 4, 1979, as the Iranian revolution reaches its boiling point, militants storm the U.S. embassy in Tehran, taking 52 Americans hostage. But, in the midst of the chaos, six Americans manage to slip away and find refuge in the home of the Canadian ambassador. Knowing it is only a matter of time before the six are found out and likely killed, a CIA “exfiltration” specialist named Tony Mendez (Affleck) comes up with a risky plan to get them safely out of the country. A plan so incredible, it could only happen in the movies. 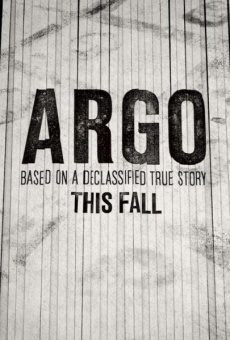