He’s the only one who had the guts to try and film a thriller at Disneyland, without Disney’s permission.

Randy Moore might be one of the ballsiest filmmakers in Hollywood. Some people have no problem taking their cameras to dictatorships and warzones to try and secretly film a movie, but he’s the only one who had the guts to try and film a thriller at Disneyland, without Disney’s permission. I would bet that there are probably enough stories about how they did it to make a whole other movie about how they made the movie.

Anyways, the film is called Escape from Tomorrow and it is being billed as a “tale of dread and paranoia in the happiest place on Earth.”

It got a lot of buzz when it premiered at Sundance, now it is set for release in theaters on October 11 as well as on VOD and digital platforms.

We’ll see if that actually happens, or if Disney’s legal department has something to say about it. 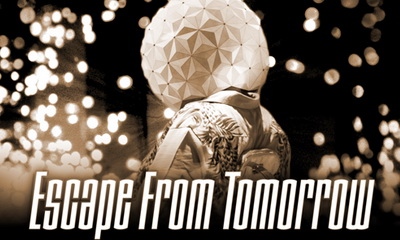