If you think comic books were all about superheroes in armor or tights punching each other in the face than you’re sorely mistaken. 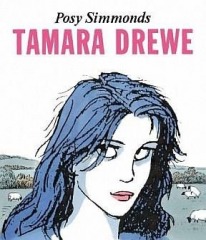 If you think comic books were all about superheroes in armor or tights punching each other in the face than you’re sorely mistaken. Sony Classics has released the first trailer for Stephen Frears’ live-action adaptation of Posy Simmond’s “Tamara Drewe” comic strip. Similar to the box office failure of “Scott Pilgrim Vs. The World,” it’ll heavily involve more traditional romance than having to save the world from some megalomaniac.

“Tamara Drewe” stars Gemma Arterton (Quantum of Solace, Clash of the Titans remake, Prince of Persia: The Sands of Time) as a young journalist returning to her home town in the English countryside and reinvents herself as a femme fatale. The film also stars Roger Allam, Bill Camp, Dominic Cooper, Luke Evans, Tamsin Greig and Jessica Barden.

The film is based on Simmond’s “Tamara Drewe” comic strips originally serialized in “The Guardian” back in 2005 before it was collected into a graphic novel in 2007. The story itself was loosely based on Thomas Hardy’s nineteenth century novel, “Far From The Madding Crowd.” Simmonds has also released several children’s books and graphic novels, including “Gemma Bovery,” “Pick of Posy,” “Literary Life,” “The Chocolate Wedding” and “Mr. Frost.” 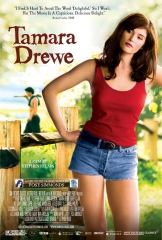