On the upside, we can look forward to new FOX series starring Kevin Bacon and Mindy Kaling from ‘The Office’. 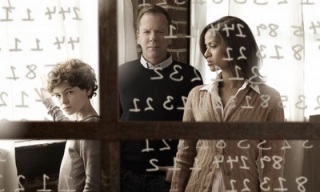 Depending on your taste in TV, the announcement of FOX’s Fall Season is either going to make you very happy or it will make you shake your firsts in rage.

The Rage might come from the fact that Both The Finder and Alcatraz have officially been canned. On the other hand, Touch, Fringe, Bones, Glee, New Girl, and Raising Hope have all been officially renewed.

New shows that will be joining the network include the following:
The Goodwin Games
Cast: Becki Newton, Scott Foley, Felisha Terrell, Jake Lacy, Melissa Tang
Creators: Carter Bays, Craig Thomas, and Chris Harris of How I Met Your Mother
Logline: “High-concept family comedy about a father who leaves his fortune to his three children (Newtron, Foley, Lacy)—but only if they will agree to his terms.”

Ben and Kate
Cast: Nat Faxon, Dakota Johnson, Lucy Punch, Maggie Jones, Echo Kellum
Creator: Dana Fox (Couples Retreat)
Logline: “A single mother (Johnson) gets an assist from her brother (Faxon) who moves in with her to help her raise her baby.”

If there was one of these shows that really excited me, it would be The Following. It has three great actors that I have enjoyed in several other programs/ films (Bacon, Purefoy, Ashmore) and I really like the idea of seeing how dark Purefoy can go as the head of a cult of serial killers.