Gary Ross Makes It Official – He Will NOT Be Directing ‘Hunger Games: Chasing Fire’

Read Gary Ross’ official statement as well as the Studio’s response after the jump.

It looks like the hopes of having Gary Ross come back and direct the second Hunger Games movie, ‘Catching Fire’ have now been permanently dashed by the man himself. a few hours ago he released a statement explaining why he won’t be directing the next film and from the sound of it, his reasons are sound. It looks like they want him to rush the project to fit a deadline and he’s not willing to do that at the risk of having a lesser final result. You really can’t blame the man for that. 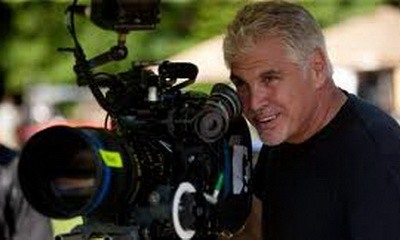 Here is the official statement on the matter from Gary Ross:
Despite recent speculation in the media, and after difficult but sincere consideration, I have decided not to direct Catching Fire. As a writer and a director, I simply don’t have the time I need to write and prep the movie I would have wanted to make because of the fixed and tight production schedule.

I loved making The Hunger Games – it was the happiest experience of my professional life. Lionsgate was supportive of me in a manner that few directors ever experience in a franchise: they empowered me to make the film I wanted to make and backed the movie in a way that requires no explanation beyond the remarkable results. And contrary to what has been reported, negotiations with Lionsgate have not been problematic. They have also been very understanding of me through this difficult decision.

I also cannot say enough about the people I worked with: Producer Nina Jacobson, a great collaborator and a true friend; the brilliant Suzanne Collins, who entrusted us with her most amazing and important story; the gifted and remarkable Jennifer Lawrence whose performance exceeded my wildest expectations, and the rest of the incredible cast, whom I am proud to call my friends.

To the fans I want to say thank you for your support your faith, your enthusiasm and your trust. Hard as this may be to understand I am trying to keep that trust with you. Thank you all. It’s been a wonderful experience.

Now, here’s the official response from Lions Gate:
We’re very sorry that Gary Ross has chosen not to direct Catching Fire. We were really looking forward to making the movie with him. He did an incredible job on the first film and we are grateful for his work. This will not be the end of our relationship, as we consider Ross to be part of the Lionsgate family and look forward to working with him in the future.