You just saw the images flashing before your eyes, now burn these hi res images into your brain!

By now you are probably drooling over the practical effects and new looks at the Millennium Falcon in the Star Wars The Force Awakens trailer. Now, Disney has released a few high resolution images of John Boyega, Daisy Ridley, The shadowy man with the lightsaber, and the Millennium Falcon v Tie Fighter fight. Check them out below. 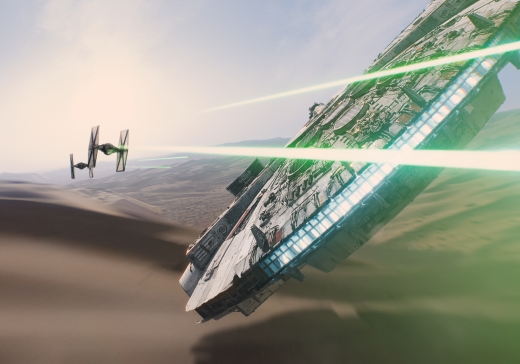