McKellen is trading in one pipe for another.

McKellen is trading in one pipe for another. It has just been announced that he’ll be playing a retired Sherlock Holmes in the upcoming film, A slight Trick Of The Mind. Check out the full release below.

A SLIGHT TRICK OF THE MIND, DIRECTED BY BILL CONDON

and Emile Sherman of See-Saw Films

TORONTO – Thursday 5 September 2013. AI Film, the production arm of the Icon UK Group owned by Len Blavatnik’s Access Industries, has announced it is financing and co-producing A SLIGHT TRICK OF THE MIND to be directed by Oscar®winner Bill Condon and starring Ian McKellen in the lead role.

Set to film next April in the UK, the film will be produced by Anne Carey, producer of Anton Corbijn’s The American, through her new venture Archer Gray Productions, Iain Canning and Emile Sherman of See-Saw Films, producers of the Oscar®-winning British feature The King’s Speech, with Aviv Giladi, CEO of Icon/AI Film, and Len Blavatnik exec producing. Christine Langan, Head of BBC Films, is an exec producer on behalf of BBC Films which is also co-financing.

Based on a novel by Mitch Cullin, A SLIGHT TRICK OF THE MIND, the screenplay is being adapted by Jeffrey Hatcher whose credits include The Duchess, Casanova and Stage Beauty.

In 1947, Sherlock Holmes, long retired, lives in a sleepy Sussex village with his housekeeper and her amateur-sleuthing son. But far from living out a peaceful retirement, he is haunted by an unsolved case from fifty years ago. He remembers only fragments: a confrontation with an angry husband, a secret bond with his beautiful but unstable wife.

With his legendary mental powers on the wane, and without his old sidekick Watson, Holmes is faced with the toughest case of his life – a case that might finally reveal to him the mysteries of the human heart.

A SLIGHT TRICK OF THE MIND is the second time the director and actor have worked together. Gods and Monsters, which Condon wrote and directed, won the best screenplay American Academy® award for the filmmaker and a best actor nomination for McKellen.

Writer/director Condon, nominated by the Directors’ Guild of America for directing the critically acclaimed Dreamgirls which received two Oscar® awards and eight nominations, is in Toronto this week for the world premiere of his latest film The Fifth Estate about the rise and fall of Wikileaks and its fascinating founder Julian Assange played by Benedict Cumberbatch. Condon’s credits also include writing the Oscar® nominated screenplay for the best picture winner Chicago, writing and directing Kinsey for which he won the Directors’ Guild of Great Britain Award for Outstanding Directorial Achievement, and directing The Twilight Saga: Breaking Dawn Part 1 and 2, the final instalments in the worldwide blockbuster franchise.

Ian McKellen, a two-time Oscar® nominee (The Lord of the Rings: The Fellowship of the Ring, Gods and Monsters) and one of the world’s greatest actors on stage and screen will play Holmes. Further casting will be announced in the coming weeks.

Anne Carey says, “Mitch Cullin’s elegiac novel is not so much about solving a mystery, as it is about accepting life’s mysteries. I could not be more excited about the talent who have come together to make this film a reality.”

AI Film CEO Aviv Giladi says, “Bill Condon and Ian McKellen are a perfect match for this clever and intriguing project, the third on our current production slate. The next few months will be exciting as we move closer to shooting with our producer partners Anne Carey and Iain Canning.”

FilmNation Entertainment will handle international sales of the film.

A SLIGHT TRICK OF THE MIND marks a stepping up in film production and investment for AI Film with three production announcements this summer. In Cannes Len Blavatnik announced the Icon production arm would be co-financing Martin Scorsese’s Silence with Emmett/Furla Films, Corsan Films and IM Global. Silence is set to shoot in Taiwan in July next year with Andrew Garfield and Ken Watanabe. AI Film is also co-financing and producing the spectacular musical event film chronicling the journey of pop music legend Elton John, Rocketman with Rocket Pictures and acquired for US distribution by FilmDistrict in June.

Icon /AI Film has also just seen Lee Daniels’ The Butler starring Forest Whitaker, Oprah Winfrey and John Cusack and which it has co-financed break open at the US box office with a huge $27 million on its first weekend and has continued to lead the US box office with over $60 million in two weeks. Released by The Weinstein Company, the press forecasts the film should be in the frame for awards. 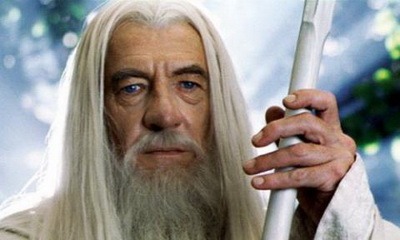