It may Take Magic to Save Pushing Daisies

It sounds like the cult favorite show, “Pushing Daisies” me be heading six feet under. 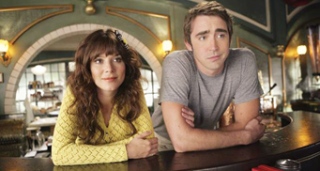 There’s some troubling news from the Hollywood Reporter. It sounds like the cult favorite show, “Pushing Daisies” me be heading six feet under.

The show just wrapped production on its thirteenth episode of the season and the industry buzz is that ABC doesn’t plan on ordering any more.

From the article:
“Our ABC exec was on the set last night saying they are still swinging in the fight to keep ‘Daisies’ on the air,” Fuller said. “Spirits are high and hopeful and everyone here is very proud of our work and this show.”

Fuller has expressed interest in finishing up the season’s story lines in comic form if the network does pull the plug.