Hit the jump for your your one stop shop on all the new interviews and images released for the new James Bond film, ‘Skyfall’.

Skyfall, the latest 007 film is shaping up to be pretty epic. With a cast that not only includes Daniel Craig, but also Ralph Feinnes, Javier Bardem, Naomie Harris and Dame Judi Densch, this is one of the most star-studded films of the series.

Today we not only have a huge load of new images for you, but we’ve also got a nice little interview vid that features Daniel Craig, Javier Bardem and Naomie Harris.

The first trailer for the film is set to be released with Men in Black 3 and then we can see James Bond’s Skyfall in all its glory on November 9th. 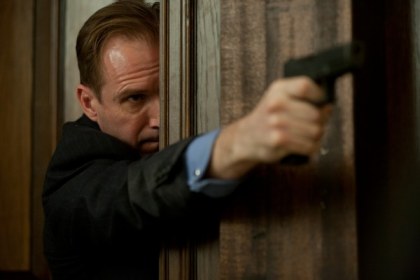 Official Synopsis:
Daniel Craig is back as James Bond 007 in Skyfall, the 23rd adventure in the longest-running film franchise of all time. In Skyfall, Bond’s loyalty to M (Judi Dench) is tested as her past comes back to haunt her. As MI6 comes under attack, 007 must track down and destroy the threat, no matter how personal the cost.