New Avengers Clip And Behind The Scenes Featurette

See the extended clip of Tony Stark vs Loki from the Trailers and then check out a great behind the scenes featurette.

Marvel has finally released an extended clip of the Tony Stark/ Loki confrontation that they’ve been teasing us insistently with in recent trailers and commercials. The scene comes together really nicely and also raises some interesting questions about the plot and about Tony’s Iron Man Armor… what is up with his bracelets?

After that we’ve also got a great new behind the scenes feature that focuses on the scope of putting all characters and actors together in the same film. 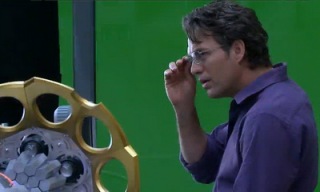