check out the first peek at what the Sentinels will look like in X-Men: Days of Future Past!

One of the great things about Comic-Con is discovering all of the amazing things that have popped up outside the convention center, all around San Diego’s Gaslamp District. One of the coolest things that has popped up today is a small display for Trask Industries. If the name sounds familiar, that is because Peter Dinklage is playing Bolivar Trask in the upcoming X-Men: Days of Future Past.

Trask is known in the comics as the creator of the Sentinels, the giant robots with one mission – DESTROY ALL MUTANTS!

Right now, just across the street from the convention, there’s a small roped off area, flanked by suited up security guards. behind the rope? a Sentinel head! It looks awesome! Small, but awesome. I’m hoping the Sentinels in the film are bigger than this, but so far, it at least looks like they got the design down right. 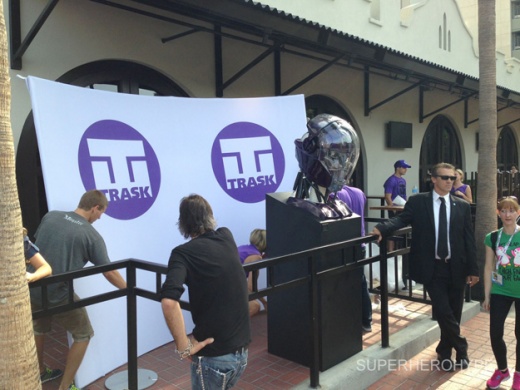 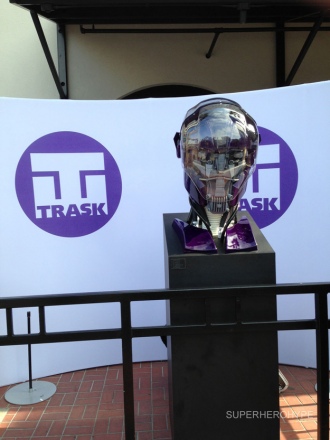