Get the inside scoop behind Rey, Finn, BB8, Captain Phasma, Kylo Ren, Poe Dameron, and General Hux. – Spoilers. Be Warned!

It’s been a big day for Star Wars news, Along with the pics that we revealed earlier and JJ Abrams announcement that he will not be directing Episode IX, we’ve also got some new insight into the main characters of the film and their names. 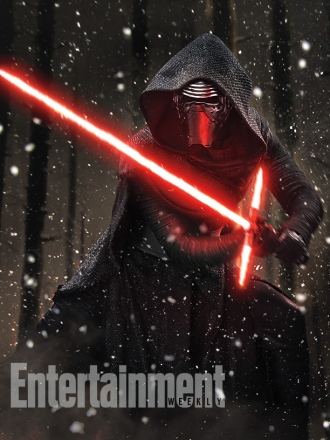 – Why don’t we know Rey and Finn’s last names yet?

Abrams told EW that this is by design. He won’t say if this is to prevent us from learning about their relationships to existing Star Wars families, but he did say: “I will only say about that that it is completely intentional that their last names aren’t public record.”

– How did Poe Dameron get his name?

Meanwhile the name Poe came from his daughter’s stuffed polar bear. “Someone reminded me recently that my daughter had had a polar bear named Poe [or Po’ — short for “polar”], and that might’ve been why it felt right. There was a kind of sweetness to, and a charm to that name.”

“I named him BB-8 because it was almost onomatopoeia. It was sort of how he looked to me, with the 8, obviously, and then the 2 B’s.”

– How about General Hux?

This one isn’t really a thing. Abrams thinks it came up while he was taking a walk through a cemetery with Lawrence Kasdan near the Bad Robot offices, but they aren’t really sure.

Captain Phasma actually owes her name to 1979 cult horror film Phantasm. “Phasma I named because of the amazing chrome design that came from Michael Kaplan’s wardrobe team. It reminded me of the ball in Phantasm, and I just thought, Phasma sounds really cool.”

– We now know that Kylo Ren comes from the “Knights of Ren”. That means his name is not his real name (LIke Darth Vader is actually Anakin Skywalker). As far as the long lasting mystery surrounding him, Abrams says: “He is not your prototypical mustache-twirling bad guy. He is a little bit more complex than that.”