What’s next, a remake of Real Genius?

After rebooting 80’s films like Dirty Dancing, Footloose, Red Dawn, 21 Jump Street and a bunch of others, the powers that be have decided that it is time to remake the classic 1985 comedy, Weird Science.

The film is set to be made by Universal Studios and Silver Pictures (Joel Silver). Taking the script duties will be Michael Bacall, who also wrote the remake of 21 Jump Street.

Silver is hoping to set the remake apart by making a movie with an edgier feel and an R rating. He says that he’s looking to create something in line with 21 Jump Street and The Hangover.

What’s next, a remake of Real Genius?

Here’s the trailer for the original: 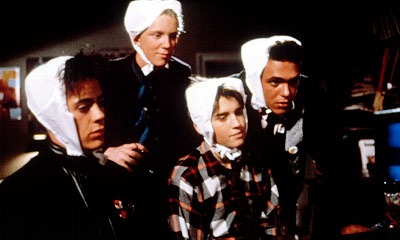