Looks like Josh Trank’s work on Chronicle has put him in front of more great movie opportunities than some directors see in a life time.

Looks like Josh Trank’s work on Chronicle has put him in front of more great movie opportunities than some directors see in a life time. Deadline reported today that he’s now signed on with Sony to direct a film adaptation of the hit video game, Shadow of The Colossus.

That’s not all, they are also reporting that he’s still attached to two Major Marvel films, the reboot of The Fantastic Four and the Venom Spin-off from the Amazing Spider-Man series. 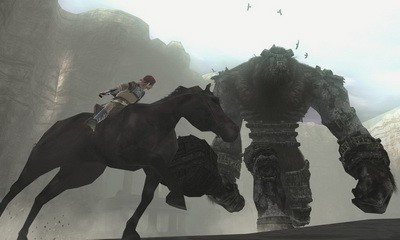 Here’s the synopsis of the game, Shadow of The Colossus:
The protagonist is a young man who thinks his lover has died. Desperate to bring her back, he heads into a forbidden land, and summons a demon who can wake the dead. The price for bringing back his girl: slay 16 colossi that dominate this mystical place. These are skyscraper-sized giants that rise from the ground, fly through the air and come from the water. As the young man works through his quest on horseback, he begins to wonder if he is on a noble pursuit to bring back his lover, or perhaps has made a deal with the devil and is being used.