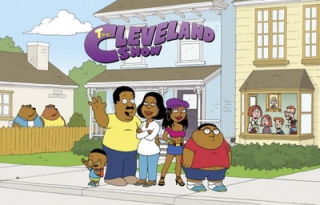 The Fox Network is going to be doing some shuffling in their line ups when it comes to their animated shows.

King of the Hill, now in its 13th season has just been given the hatchet. The thirteen final episodes that are currently in production will be aired, but after that you’ll have to go elsewhere for all of your propane and propane accessory humor.

The shows creators have moved on to other projects. Greg Daniels developed and is running ‘The Office’ over at NBC, and Mike Judge is preparing his new midseason ABC animated comedy: ‘The Goode Family.’

In its place, Fox is preparing to launch two new animated series in midseason, Mitch Hurwitz’s “Sit Down, Shut Up” and the “Family Guy” spinoff “The Cleveland Show.”

Meanwhile, the same people who didn’t think Futurama was funny enough to stay on TV, have decided that American Dad apparently is. Granted… they also greenlit “The Cleveland Show.”

The new deal extends the show out for another two painful seasons and an option for a third.

“The world is screwed up, so we think we still have some semi-poignant things to say about it through the show,” Show creator, Weitzman said.