We All Strafe in a Yellow Submarine

“The game will not be part of the “Rock Band” franchise “ 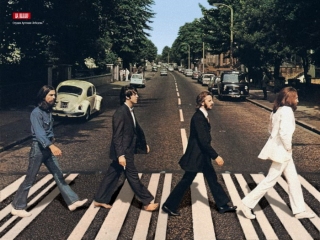 This year the kids are all asking for Rockband and Wii Music, but according to a new report from Variety , net seasons hot video game might just have a more classic sound. That’s right, MTV is producing a Beatles video game. The music of the Beatles has never been available digitally before (legally at least), and a lot of people are very surprised that they decided to go into a video game.

Apple Corps, EMI Music, Harrisongs and Sony/ATV Music Publishing have agreed to present the Beatles’ music in the game. So far, executives from Apple, MTV and game developer Harmonix who announced the game Thursday in London, giving few details beyond the game’s existence.

Game developers will be able to select 45 songs from the Beatles catalog recorded during their 1962-69 tenure within EMI for inclusion in the game.

According to the CEO of Apple Corps, Jeff Jones: “The game is in development, We don’t want to talk about how it will turn out a year from now. We’re in the process of creating the game.”

According to the article, Paul McCartney, Ringo Starr, Olivia Harrison and Yoko Ono Lennon have been part of the conversations regarding the design, layout and rollout of the game which first went into talks seventeen months ago.

“The game will not be part of the ‘Rock Band’ franchise”

Giles Martin, son of George Martin, the Beatles’ original producer, will oversee the music on the release. He emphasized, “We are trying to present the songs as they were played, adhering to the (original) mix.”

So what will the game be? I’m hoping for something different. I mean, if I had to hear Obladi Oblada on Guitar Hero, I was gonna open a vein. How about something really interesting like a Yellow Submarine First Person Shooter, or a Kingdom Hearts style game that takes you through the albums?

One thought on “We All Strafe in a Yellow Submarine”