Neil Gaiman and Penn Jillette Partner Up on War Film

No, it’s not a sequel to the George Lucas “Battle of Endor”… 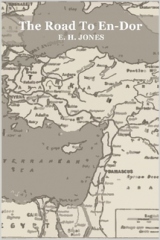 Magic icon Penn Jillette and Comic Icon Neil Gaiman are teaming up to make “The Road to Endor.” No, it’s not a sequel to the George Lucas “Battle of Endor,” its actually an adaptation of the the book by E.H. Jones that was written in 1920. The story tells the true story of two World War I prisoners who trick their guards into believing they are in touch with the spirit world in order to escape from a Turkish prison camp.

The news hit through MTV who discovered that Gaiman and Jillette were adapting the story for film with the support of the film’s producer and Jone’s granddaughter, Hilary Bevan Jones.

One of the prisoners in the book was an amateur magician, so the two used gimmicks like Ouija boards, séances, mentalist scams, poltergeist effects, and fake suicides to convince the Camp Commander that they were in touch with the spirit world.