Now, this screen cap has leaked out that claims to be Tom Holland in what will probably be his first homemade costume as Spider-Man.

Rumor is that there will not only be some new footage screened for Captain America: Civil War at D23, but that it may be the release of the first trailer, or at least teaser for the film. Now, this screen cap has leaked out that claims to be Tom Holland in what will probably be his first homemade costume as Spider-Man. Chances are that we’ll know if it’s fake when we do or don’t get an email from a lawyer asking us to take it down. 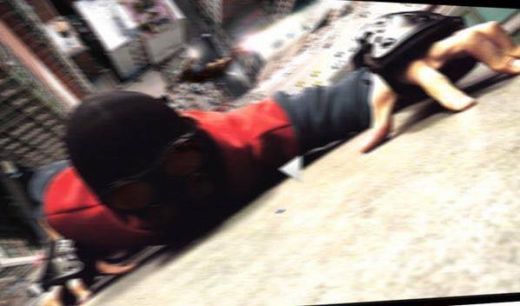 Directed by Anthony & Joe Russo from a screenplay by Christopher Markus & Stephen McFeely, Captain America: Civil War picks up where Avengers: Age of Ultron left off, as Steve Rogers (Chris Evans) leads the new team of Avengers in their continued efforts to safeguard humanity. After another international incident involving the Avengers results in collateral damage, political pressure mounts to install a system of accountability and a governing body to determine when to enlist the services of the team. The new status quo fractures the Avengers while they try to protect the world from a new and nefarious villain.