While Walker passed away just days before shooting most of his footage for the latest installment of Fast & Furious films, that wasn’t the cast with Hoffman.

Earlier today, the fan and entertainment community was hit hard by the tragic news that Academy Award winning actor, Philip Seymour Hoffman has passed away due to a heroin overdose in his NYC apartment.

Along with being the second major loss of an actor who passed away far too young, this is also the second time in three months where a studio was posed with the question of what to do about the death of an actor who has a major part to play in a film franchise that is currently under production.

With the death of Paul Walker, the studio has decided that they can use the footage that they have and rework the story so that his character can be “retired.” However, when you are basing the films of an internationally best selling series of books, you can’t just change the story out of inconvenience. This is compounded ever more because Hoffman’s character is set to become a vital part of the final book (the final 2 films.)

Lionsgate has acted very quickly and has already come out with a statement about how they are going to deal with the death of Hoffman.

While Walker passed away just days before shooting most of his footage for the latest installment of Fast & Furious films, that wasn’t the cast with Hoffman.

It turns out that, according to the studio, Hoffman was “substantially” complete for the first film and was just seven days shy of completion for Part 2.

That means they might scale back the role, but they will probably not have to re-cast.

Along with the announcement, Lionsgate also had this to say about Hoffman:

“Philip Seymour Hoffman was a singular talent and one of the most gifted actors of our generation. We’re very fortunate that he graced our Hunger Games family. Losing him in his prime is a tragedy and we send our deepest condolences to Philip’s family.” 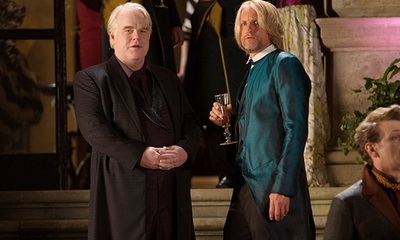