With The Avengers already in the rear view mirror and Iron Man 3 already filming, it is time to talk about Thor 2. We already know that Game of Thrones director Alan Taylor is set to direct. We also know that Chris Hemsworth, Natalie Portman, Anthony Hopkins, Idris Elba and Tom Hiddleston are all set to return. There is no word yet on Kat Denning (I hope she comes back). Now we know that they are in talks with Mads Mikkelson to play the baddie for the film. With a name like that, he already sounds like a Thor character. He’s best known for his role as the villain in the James Bond film, Casino Royale. As of right now, we have no idea who he’ll be playing if he takes the role.

Here is what Marvel’s Kevin Feige has to say about the direction of the sequel:
“[The heart of the movie is] Thor and Jane, to continue that dynamic. Really they were only together for three days, and do they love each other? Do they like each other? Do they know each other? We’re acknowledging that that love story in the first movie was sort of a quick crush, essentially, over the course of three quick days in the middle of the desert. And [the heart of the movie is also] the relationship between Thor and Odin, which does change drastically as it did over the course of the first movie, and picks up and continues from there.” 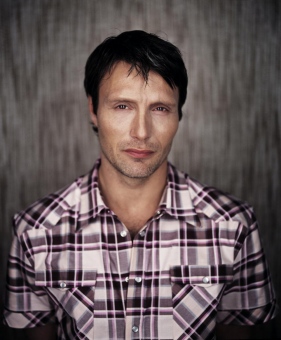