Marvel’s AGENTS OF S.H.I.E.L.D. – What Are The Big Puzzles For Season One

Now that I’ve had a couple of hours to sit with the first episode of the new ABC series, Marvel’s AGENTS OF S.H.I.E.L.D., I wanted to share my thoughts about it and talk briefly about a couple of the puzzles that the series sets up for the future.

First, what did I think of the episode? It was good. I wasn’t great, but it was definitely better than a lot of the other shows that have popped up this season (I’m looking at you Dads!)

It felt like a Whedon show, which is exactly what I was hoping for. but there’s a a lot that the show is leaving on the table right now. First, they seem to be under utilizing Ming Na Wen. I really enjoyed her in Stargate Universe and I’m really hoping that her role becomes more central on the show.

Beyond that, I don’t really have a whole review for the episode. I may start doing that next week, but right now, I mainly wanted to talk about a couple of the emerging storylines.

1. Who are the bad guys? The use of Extremis, combined with Chitauri technology points to AIM, but I’m not entirely sure they won’t pick a whole new direction to try and give the show a little more space from the movie universe.

2. Grant Ward – He looks like he’s going to be the main character of the show. It is a little disappointing, as he’s not the most interesting character in the world and it looks like they are going the basic route of having him eventually fall for the person least like him, which will probably fundamentally change him for the better. Eh. That said, we now know that Ward has a dark past. That wouldn’t have been mentioned unless it would be a factor in the past. Chances are that he is either an orphan, or the child of a criminal they will have to confront at some point.

3. Agent Coulson. This is my main reason for sitting here and writing this post. Like all Marvel fans, I was sad when they killed Coulson off in The Avengers. Similarly, I was pretty disappointed when they announced they he was still alive and that he’d faked his death by holding his breath. That just sounded too stupid to be true. So, now that I’ve seen the episode, here’s my feeling on it.

I think there’s a pretty solid chance that Coulson is dead. There were several mentions to his recuperation time in Tahiti. Agent Hill (Cobie Smoulders) has now made it abundantly clear that it is a cover story that Coulson does not know is fake. That means memory implants and that means one of two things.

A – His mind has been uploaded into a clone.
B – He’s an LMD (Life Model Decoy). If you are not familiar with them, they are super life-like replacement androids that SHIELD’s higher ups have been using to get themselves out of sticky plot holds for years in the comics.

What are your thoughts? 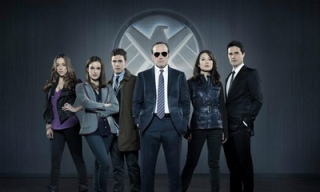