So, now the question remains… is this just a set of props at a Disney attraction or are they teasing two of the next big heroes to jump into Marvel’s Cinematic Universe?

We first saw the Infinity Guantlet pop up at San Diego Comic Con, well before Thanos was formally introduced in The Avengers. So, it totally makes sense that Disney might use the theme parks to tease us with even more new characters.

Over at Disneyland’s new Guardians of the Galaxy – Mission: Breakout ride, they are displaying some “Marvel Artifacts” in the ride’s queue. Many of the items are things that you can easily recognize from previous MCU films, like a Nova Corps uniform and an Ultron Drone. However, mixed in among the other memorabilia are two very interesting items.

First up is an Asgardian hammer that is definitely not the one we’ve seen wielded by Thor. In fact, fans of the comics will almost certainly recognize this hammer as belonging to the one and only Beta Ray Bill! Even the item’s description backs up the theory that this is Bill’s hammer, “Stormbreaker”!

“Originated in the dwarves forge on Nidavellir, this finely crafted object is made of the powerful stone, Uru.” 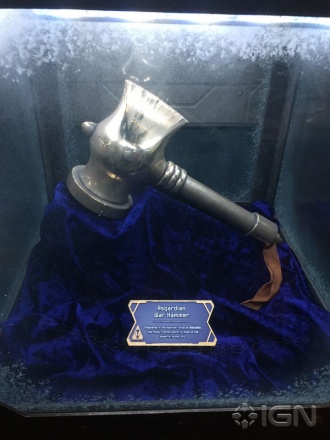 The other interesting item on display is this little set, which is described as “were found at the bottom of the Terran ocean. Very little is known of the civilization the created them.” Who else could it be but Namo The Sub-Mariner?!?! 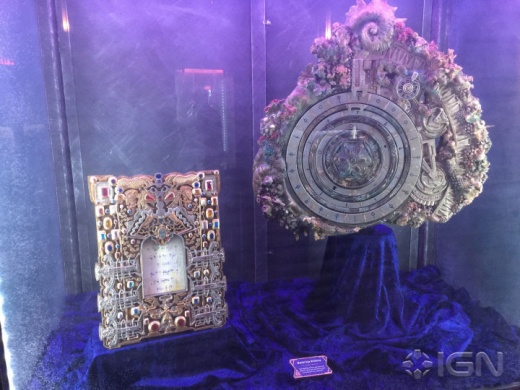 So, now the question remains… is this just a set of props at a Disney attraction or are they teasing two of the next big heroes to jump into Marvel’s Cinematic Universe?